The Business of Show Business

I just read an excellent recent article describing how that business works. Making movies isn't all about creative part of making it, but the financial part of it. As Denzel put it, IT IS a business. 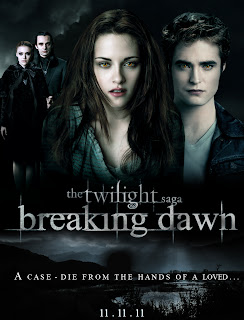 'Twilight' Money: How Summit Plans to Make $1.2B Off 'Breaking Dawn'

By Brent Lang at


“The Twilight Saga: Breaking Dawn -- Part 1” is on its way to a massive opening at midnight, but as confidential documents obtained by TheWrap demonstrate, the movie’s backers have lofty expectations for equally gargantuan profits.

Experts estimate that “Breaking Dawn” will have to take in about $650 million at the worldwide box office to reach the $228 million in profit that Summit Entertainment, the studio behind the franchise, projected in an investor prospectus obtained by TheWrap.

The document, used to raise $750 million last spring, projected that the final two films in the franchise would generate more than $1.2 billion in revenues and $447 million in profits for the studio and its investors.

That number does not appear to be out of reach. The last two "Twilight" movies grossed roughly $700 million each in worldwide box office, and the latest installment is expected to take in up to $140 million domestically this weekend.

The studio won’t be alone in raking in cash. The three stars of the series -- Robert Pattinson, Kristen Stewart and Taylor Lautner -- will reportedly get $25 million each for performing in the last two "Twilight" films against 7.5 percent of the theatrical gross. (Summit declined to confirm or deny this information.)

Supporting cast members such as Kellan Lutz and Nikki Reed are getting $1.25 million a piece to return to the last two films, according to an individual with knowledge of their deals.

Summit anticipates that the first film in the two-part finale to the “Twilight Saga” will bring in $611 million in first-cycle revenue and $228 million in profits.

"First cycle" includes theatrical, paid and broadcast television, video on demand, merchandising, and disc sales through the 10th anniversary of the film’s release in theaters.

The capital raised last spring was used to finance the studio’s production slate, pay down debt, and to reward its original investors and key executives with a $200 million dividend.

Whatever the fate of the studio beyond the "Twilight" series, Summit is poised to see a huge near-term windfall in a declining movie-going market from one of the few box-office events of the year.

Barring a plague of locusts, “Breaking Dawn -- Part 1” is on track to bank between $125 to $140 million this weekend domestically. It will also rake in big bucks in more than 50 foreign markets, including France, South Africa, and the United Kingdom.

Summit licenses the foreign rights to its film slate, meaning it will share “Breaking Dawn”s’ monster overseas profits -- but only after its foreign partners recoup all of their costs plus interest.

The prospectus filed in March explains that as part of Summit’s strategy, the studio has four long-term output agreements with E1, Nordisk, SND and Tele-Munchen, which contribute on average 31.5 percent of the production cost for each film on the studio’s slate.

Each partner pays a minimum guarantee for the film rights, and once those and other costs such as distribution fees are recouped, the remainder of the profits are divided.

The documents do not outline the split, but according to a prominent film financier, the industry standard is for the studio and the partner to divide profits evenly.

“Nobody gives away anything for free,” Hal Vogel of Vogel Capital Management and the author of “Entertainment Industry Economics: A Guide for Financial Analysis,” told TheWrap. “The advantage of a pre-sale is that you don’t get whacked if the film is a dud, but when you have a hit it limits the upside.”

Until the box office closes Monday, it will not be clear if the studio is on track to meet Summit's bullish projections.

What is evident is that the still relatively economical blockbusters have gotten progressively more expensive as the series has continued.

The studio plans to spend a total of $100 million on marketing the two final films in the series.

Thanks to Summit’s foreign sales deals, the studio’s exposure on the films is minimal.

“Their exposure is pretty small relatively speaking, but it’s bigger by a factor of almost four from the first films,” Vogel told TheWrap. “The revenues are flat, and even though they will still make a nice profit, their profits are going down.”

November 27, 2011
A great addendum to this article, talking more about "the business"
Lions Gate Said to Be in Merger Talks With ‘Twilight’ Film Producer Summit
Read it here