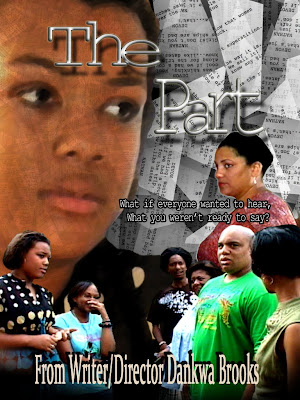 Aisha is apprehensive, not ashamed, of revealing her new acting part to her family. Her father doesn’t make matters better by putting her on the spot to reveal it at a family cookout at their house.

Written in December 2007, The Part has its World Premiere December 15, 2009 at the Rotunda Cinematheque in Baltimore, Maryland.

With the majority of the story set at a cookout, The Part was shot in August 2008 with additional shooting (called pick up shots) during the spring and summer 2009. The cast and crew had a chance to see the film last October at a Private Screening and now the general public gets its chance.

The World Premiere will feature our film The Part as well as outtakes and bloopers. We will also be showing our film Making History with a bonus Special Secret Screening of one of our films.

The Part is listed on IMDb, the Internet Movie Database and we also created a blog Part Blog, Part News detailing much of the process it took to make the film.

Email ThisBlogThis!Share to TwitterShare to FacebookShare to Pinterest
Labels: NBE, The Part

Last year this time I COULD NOT WAIT to get up to go vote. This WAS the most important election of my lifetime and I was excited. I must also say that it was something I still did not think would happen.

I’m optimistic about most things, but when it came to America electing a black president I felt like a Public Enemy song “Can’t Truss It”. I thought “they” would find him in bed with a dead hooker and a live boy or something. The history of this country just couldn’t be ignored and I just didn’t want to get my “hopes up”.

I got up early, voted and went to work. After work I had somewhere to go and when I got home the election results were too early to clarify a winner. I went to sleep with the election results on. When I woke up I decided to record it. My DVR says I started recording November 4, 2008 9:57 PM (NBC coverage). It wasn’t until 11pm that they announced the news that Barack Obama was elected 44th President of the United States :-D. After that it was no sleep until THE MAN came on to give his acceptance speech. In the meantime John McCain gave one of the most eloquent concession speeches I ever heard. Major props to him for that. 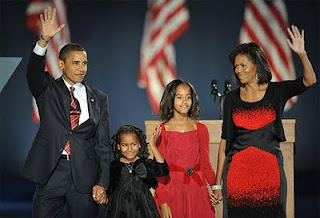 By my DVR “the next first family of the United States” came out in Grant Park in Chicago (pictured above) at 11:56 PM. Even though I wasn’t there I could feel the energy! Riveted to the screen would be a major understatement. I stayed up and recorded more coverage about an hour after his speech and then I finally got a few hours of sleep before work. I also received several text messages that night and the next morning.


November 5th 2008 was no walk in the park at work because I was so sleepy (what I called a “non alcoholic election night hangover”), but so proud. “Proud” too is an understatement. One word cannot capture what I felt that night and to this day. 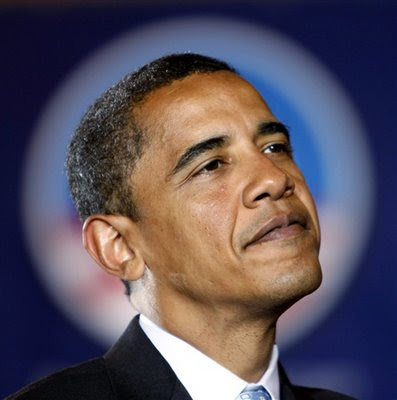 And now, a word from the man himself.