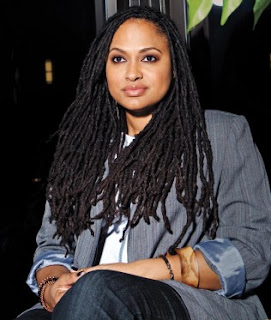 Just a few years before Ava DuVernay's beautifully realized civil rights drama "Selma" took her to the Oscars and the Golden Globes, the director found herself wondering whether her debut feature, the intimate character study "I Will Follow," would ever see the light of day.


"I knew no studio or indie distributor was going to want it," DuVernay says. "It was too woman, too indie, too outside what could make a dollar for them."

Taking matters into her own hands, DuVernay started the African American Film Festival Releasing Movement, a distribution collective designed to put her movie — and others to follow — in front of audiences. The grass-roots company went on to release two movies a year.

Now, five years later and after what she calls a post-"Selma" "identity crisis," DuVernay has decided to double down on that effort, announcing Tuesday that she's rebranding the company and relaunching it as Array, broadening its scope to support and help women and more kinds of filmmakers.

"There's a generation of filmmakers of color and women whose primary concern is that no one will see their work," DuVernay says. "And that is a huge barrier. They're asking, 'Why make something if no one will see it?'

"Right now, there is a fundamental disrespect inherent in the distribution and amplification of films. There is a cinema segregation in how films are seen and not seen. What we're saying is, we're not going to depend on those things anymore."

DuVernay doubled her company's membership to around 1,200 donors during a drive in May that saw her taking to Twitter, organizing a daylong question-and-answer session between black filmmakers and fans. Supporters include longtime collaborators such as actor David Oyelowo as well as Jessica Chastain and Kerry Washington.

Array has two films set for release this fall: South African director Sara Blecher's coming-of-age drama "Ayanda and the Mechanic" and Takeshi Fukunaga's debut feature, "Out of My Hand." Last week, USC graduate Tina Mabry's first film, "Mississippi Damned," a dark family drama that won acclaim on the festival circuit after its debut at Slamdance in 2009, won new life on Netflix through a partnership with Array.

"That was a big blow," Mabry says. "Those meetings were tough. You had to navigate how to hold your tongue and still express the shortsightedness of how people were looking at your movie and the marketplace in general."

A week after its rebirth on Netflix, Mabry says she has been blown away by the response from people discovering her film six years after its premiere.

"It's a lifesaver. It really is," Mabry says. "Audiences can't watch something if they don't know it exists. Now with Netflix we're finding the people we wanted to reach in the first place."

That's emblematic of the sea change happening within the movie industry. When DuVernay made "I Will Follow" — a film chronicling a woman's grief over the death of a loved one during a single day — she was adamant that the movie play in theaters. She made a deal with AMC and "browbeat" art house programmers to book her movie.

Now, with the likes of Cary Fukunaga's highly anticipated drama "Beasts of No Nation" premiering next month on Netflix — on the same day it will be released in a handful of theaters — DuVernay says she has become "destination agnostic." Array will rely on theatrical distribution as well as new streaming platforms.

"The consumer is deciding what they want to see and when and how, and filmmakers are more aware and accepting of the fact that success is not predicated on your movie showing in a traditional theater for a certain amount of time," she says. "[Steven] Soderbergh's doing a TV series on Cinemax. Skinemax? Really? Jill Soloway, who won the Sundance directing award the year after I did, is making 'Transparent' on ... Amazon? The place I buy books? But now, as long as it's in a place where people can grab it — and different people want to grab it in different ways — it doesn't matter."
Though new platforms have created opportunity, the number of women and minority filmmakers remains startlingly low. A 2013 USC research study, for instance, found that of the 565 directors of top-grossing movies from 2007-12, just 33 were black. And of those, only two were black women. (There hasn't been a similar study tracking smaller, independent movies.)

Keeping momentum going and growing — Array aims to significantly boost the number of films it releases beyond the original company's two a year — has required a commitment of both time and money from its founder. Since "Selma," DuVernay has created, written and directed an upcoming TV series, "Queen Sugar," for the Oprah Winfrey Network, shot a series of commercials and begun work on a timely documentary.

She's holding off on publicly sharing details about the latter project, though over a recent breakfast, DuVernay was happy to talk about her next feature, a murder-mystery love story set during Hurricane Katrina that she's now writing and will shoot next spring with Oyelowo.

Discussing her decision to pass on directing the Marvel Comics movie "Black Panther," however, holds little appeal. It simply wasn't a story she was interested in telling, she says. And it wasn't hard to say no. Just as, ultimately, recommitting to help distribute movies that allow people of color and women to see themselves on screen was an enterprise she couldn't abandon.

"There are all kinds of problems in Hollywood that need to be fixed, but this is one I can do something about because I have the experience," DuVernay says. "And, I have to tell you, it satisfies me immensely."

Posted by Dankwa Brooks at 5:14 PM No comments: