In May of 2014 Quentin Tarantino had Press Conference at the Cannes Film Festival to talk about the 20th Anniversary of Pulp Fiction. It was the only film at this year's Cannes to be projected in 35mm and that led Tarantino to extol the virtues of "photochemical film".

Around the 5 minute mark, responding to 35mm film stock:


“As far as I’m concerned digital projection and DCP’s is the death of cinema as I know it. It’s not even about shooting your film on film or shooting your film on digital. The fact that most films now are not presented in 35mm means that the war is lost. Digital projections…that’s just television in public…and apparently the whole world is ok with television in public, but what I knew as cinema is dead!”

I totally agree! I don't have a home theater, but I have a 1080p television, a Surround Sound system and watching the current movies on BluRay is about the same resolution just not on a HUGE screen like they have in theaters.

Tarantino next uses the 1960 film Breathless to prove his point.
A little after 17 minutes


“If you’re showing a new print of ‘Breathless’ or hell even an old print of ‘Breathless’  in a cinema whoa whoa that’s worth leaving the house and going into a theater to watch it, but to watch a digital version of it? Well my Criterion is just fine. I don’t need to go and watch television in public. So I don’t see any reason why to leave the house when home theaters are so good and the presentation on these digitals on the DVDs are so good. Why would go and see that at the theaters? 35mm which most people don’t have in their house. Well that’s a reason. “

I completely agree with that too! I usually go to film festivals to see new films, but in 2011 I went to this screening of an old film that I never saw before to see it in 35mm. 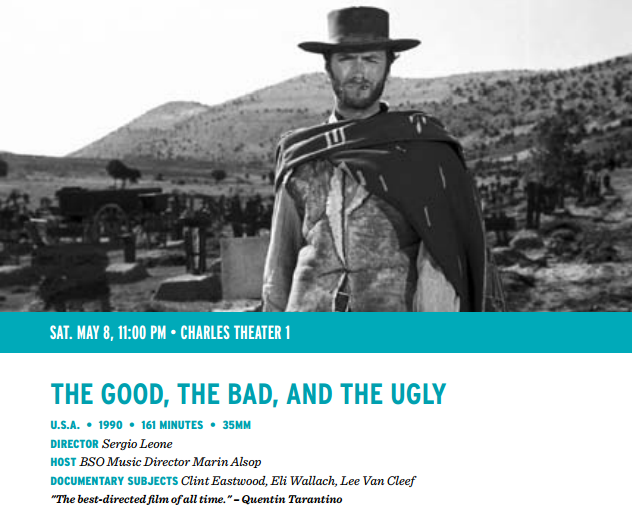 The film was excellent, but beside that it looked TERRIFIC! I have a lot of discussions online extolling the virtues of film myself, but I wanted to present my argument from a director far more renown than I.


You can see the Press Conference in full below

Posted by Dankwa Brooks at 2:11 PM No comments: