Dark Girls is a documentary exploring the deep-seated biases and attitudes about skin color particularly dark skinned women, outside of and within the Black American culture. The film is slated for a Fall/Winter 2011 release, is directed and produced by Bill Duke (Duke Media) and D. Channsin Berry (Urban Winter Entertainment).


The independent project, set to premier in October [2011] at the International Black Film Festival in Nashville, is in need of funds to be completed. Duke and Berry’s goal is to raise $250,000 by July 31. They’ve raised, to date, slightly more than $4,700.-Ebony/Jet.com

The below 9 min. clip is profound to say the least...


To see more clips from the upcoming Dark Girls documentary, to make a contribution and/or post videos of your own testimony, visit: http://officialdarkgirlsmovie.com/

You can read the Ebony/Jet interview with Bill Duke and D. Channsin Berry here

You can read a review of Dark Girls here

UPDATE: May 1, 2013
Based on the above tweet posted last night by One Village Entertainment, it looks like Bill Duke's documentary, Dark Girls (which we've been following since mid-2011) is heading to Oprah Winfrey's OWN network (the other black TV network) this June.


This is the artwork mentioned in the Tweet above 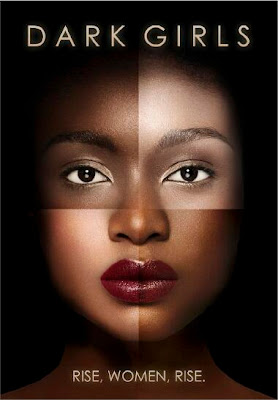 UPDATE: JUNE 2013
Dark Girls will air on OWN on Sunday, June 23, 2013 at 10PM EST. Read new reactions to this documentary in the comments section at Shadow & Act here

Posted by Dankwa Brooks at 10:45 AM No comments:

Email ThisBlogThis!Share to TwitterShare to FacebookShare to Pinterest
Labels: Documentary

Inside Industry info with Melee Entertainment 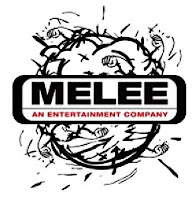 Starting around 31 minutes into the podcast, Bryan Turner founder and president of Melee Entertainment gives updates on some of his latest productions in the works, including The Under Shepherd, as well as specifics regarding his desire to seek new filmmakers and writers.

Melee is the company behind films like Friday, Next Day Air and You Got Served. 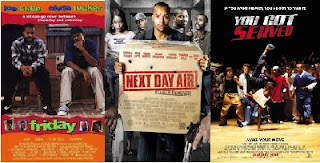 Listen to internet radio with Shadow And Act on Blog Talk Radio
Posted by Dankwa Brooks at 8:27 AM No comments:

Me & Raiders of the Lost Ark 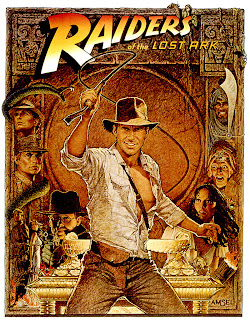 I was one of the few people who never saw Raiders of the Lost Ark (1981) in theaters.
Of course I saw all of the famous clips, Indy running from the huge boulder and Indy duel the guy with the scimitar (sword) and such (pictured above), but I didn’t see the film until at least a decade later (on videotape. Remember those?) and frankly I didn’t see what the hubbub was about. It was ok.

Recently on Facebook during a discussion about Indiana Jones an actor friend of mine Ryan Thomas went on and on about how great this film was. Never one to back away from an argu…er debate. I told him I didn’t think it was all that great. He was aghast and told me I should really see it again something about better than Citizen Kane and The Godfather combined or something like that. Not really what he said, but that’s how adamant he was in my opinion. Since I’m a fair guy I decided maybe I’ll give this film another try. In the past when I have given movies another try, turns out I was right the first time, they sucked!

Several weeks ago I re-watched the movie and guess what…it didn’t suck. I said guess what because I’M SURPRISED since I’m never wrong. I’m man enough to admit when I’m wrong, which I never am…didn’t I say that?

But with all seriousness the movie was VERY GOOD. It deserves all the accolades it got, especially from Ryan. I liked everything about it, it was adventurous and fun and everything the filmmakers set out to make. I guess maybe I was expecting more the last time or maybe my tastes have changed.

This leads me to why I’m writing this. It seems as though my liking of this film was more than likely a shift in my thinking towards movies. Since studying film I think I look at movies a whole different way.

Let me be clear the FIRST time I see a movie I can “turn off the director” in me and just enjoy the film. The second time I can (and will) analyze the film’s aspects. Now when I watch films (the 2nd & subsequent times) I recognize the technical skill it took to make such a film. Sometimes that is good, sometimes that is bad.

I’ve seen some films that everyone is calling a classic and thought “eh”. I’ve seen Midnight Cowboy and recently Serpico and wasn’t impressed. Concurrently within the last 5 years, I’ve seen Cool Hand Luke, Citizen Kane and The Good, The Bad & The Ugly for the first time and realize why everyone says they are great as they say they were. It also works in the reverse. I’ve re-watched some movies that I liked in the past and I think WOW the acting sucked or the direction sucked etc. Maybe some films just outlive their resonance.

When I watch a movie now I can appreciate all of the hard work it took to achieve some of the themes, the acting, the cinematography and of course the direction. In the end a great film is a great film and will stand the test of time whenever you see them and yes Ryan that means Raiders of the Lost Ark.

Posted by Dankwa Brooks at 7:00 AM No comments: