Filmmaking ain’t always pretty. Sometimes it’s downright dirty.
Well, not that kind of dirty. I’m talking more about getting on your knees in a tight place and doing whatever it takes to pop off a shot… Hmm. Nevermind. This isn’t going well.
But as long as your mind is in the gutter anyway, let’s take the conversation to a place it normally doesn’t go until your 10 whiskey shots deep with a key grip in the back of a shady bar.
Here’s a list of filmmaking terms I’ve compiled that, in a twisted world, would be spoken only in a hotel room with a hooker and a $100 bill. Instead we shout them on set. And in an attempt to make this post
useful, I’ve gone ahead and defined what the actual meaning of the word is…
(Feel free while reading this list to let your mind wander — just not your hands!)

1. Background action – Movement that takes place behind the subject of a scene. Usually refers to groups of extras (i.e. crowds or restaurant patrons). Can also be used as a command to signal extras to begin their actions before shouting “action!” for the main talent.

2. Butterfly – A piece of netting, silk, or material stretched around a frame to control lighting.

3. Choker – An extreme close-up; as if the camera is close enough to “choke” the talent.

4. Crab – A lateral movement usually parallel to a subject. For instance, a “crab dolly” would mean to move left or right with the subject in front.

5. Dingle – An artistic shadow or lighting effect such as putting tree branches in front of a light to make a pattern.

6. Dutch Tilt – A camera angle where the horizontal part of the frame is not parallel with the horizon.

7. Fire in the hole – A phrase shouted on set when a gun, explosion, or similar dangerous effect is about to take place.

8. Fix it in the mix – Like “fix it in post,” but referring specifically to the sound mix. Basically, something is wrong with the sound and it will have to be repaired in the post-production mix.

9. French Flag – A camera accessory shaped like a small shade that is mounted on the camera (usually on the matte box) to block light from entering the lens and causing lens flares.

10. Full Load – A film magazine with a fresh reel of film.

11. Full Shot – A camera angle in which you can see the actor’s entire body from head to toe.

12. Greek it out – To cover up a prop or object in the frame that’s undesirable. Usually refers to a part of the set that can’t be removed such as street signs, graffiti, or logos printed on products.

13. Going again – The native response of the First Assistant Director, they shout this to inform the crew to move back to their start positions for another take.

16. Overcrank – Another term for slow motion or high-speed framerates and a throwback to the days when cameras were hand cranked. To “overcrank” a camera was to run more film through it than normal which, when played back at a normal framerate, caused slow motion.

17. Pork chop – Nickname for a piece of a dolly that acts as a footrest.

18. Pull Out – A type of camera move in which the camera shifts away from the subject in frame.

19. Push In – The opposite of “pull out,” a camera move in which the camera shifts closer to the subject in frame.

20. Snoot – A cylindrical attachment that fits onto a light and focuses the beam to a smaller point than the light normally is able to.

21. Strike It - To turn off a light. Alternatively, “striking” a light can also mean to turn it on.

22. Taco Cart – A type of equipment cart carrying grip gear such as flags, nets, scrims, and other stuff.

23. Topper – Nickname for a flag that is placed above a light to prevent light from spilling onto the ceiling or onto objects above it.

24. Whip Pan – A type of camera move in which the camera is furiously rotated in a fast motion.

It’s no secret that movie making has its fair share of unique terms. Some make no sense, some are politically incorrect, and a lot of them make us giggle because we’re immature and perverted.

But what can you do? When you’re holed up for 18 hours a day, sometimes it’s the stupidest things that give you a laugh. It’s not your fault setiquette is full of silly phrases…

Now excuse me while I pull out the taco cart and slap a full load on this dutch tilt.

Posted by Dankwa Brooks at 11:47 AM No comments: 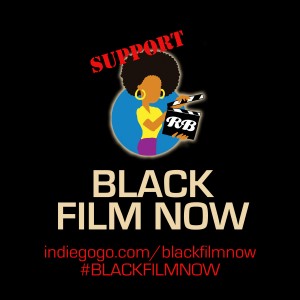 Black Film Now is a great new venture from a filmmaker in Philly I know Mike D of Reelblack.


Help us get the word out about our newest project, the feature length documentary BLACK FILM NOW. The IndieGoGo Pitch video just posted. Campaign will go live on Feb 7. We're going to raise $25,000 before March 7 and need everyone's help. Please let me know what you think of the project and if you're able to support through donation or by sweat equity. Email filmmaker Michel Dennis at info@reelblack.com for details.

I plan to support him any way I can and I hope you feel the same. One only need to check out his site and YouTube (both linked below the video) to see the great work he does. Below is his video pitch for BLACK FILM NOW