Update August 29, 2011
Because the film finally opened in Baltimore I wanted to post another box office update so soon.

UPDATE September 1, 2011: Attack the Block's John Boyega has been cast in the lead of a HBO boxing drama being helmed by Spike Lee. Read more about it here


Previous updates about the film-


Attack the Block will have a limited platform release on July 29, 2011 starting slow in the cities where it will have the most immediate interest and then build on the buzz for future expansion.-ShockTillYouDrop.com

So it may or may not be in your town on the 29th, but hopefully it will be soon after. This type of release happens to movies like this all the time.

That makes it the highest grossing film per screen, better than The Smurfs which came in second with $10, 660 per screen average, though it opened in 3,395 screens nationwide.

If you know the business of film,  "Per Screen Average" is a huge barometer of a film's success. Hopefully Attack the Block will soon be coming to a screen near you.

Read a great interview with the Writer/Director of Attack the Block Joe Cornish and star John Boyega at Ebony/Jet.com here 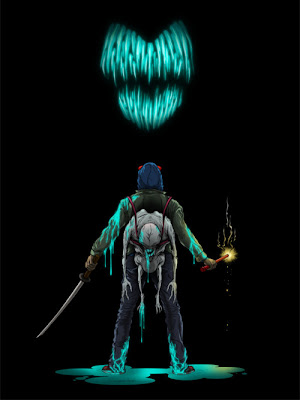 Posted by Dankwa Brooks at 8:10 AM No comments:

Email ThisBlogThis!Share to TwitterShare to FacebookShare to Pinterest
Labels: Attack the Block

Sensuous Short Film - If I Leap

Found out about this film through the site Shadow & Act


Zipporah (Adepero Oduye), a sister in a religious order, is dealing with a secret about her desire for something she has never experienced—erotic love. When Luca (Anslem Richardson), the nephew of the Mother Superior, seeks refuge at the convent after deserting the army, Zipporah engages in an intimate relationship with him that will change the course of her life.

You can watch the 20-minute short film below:


You can read more comments about this film at Shadow & Act by CLICKING their logo below.

Posted by Dankwa Brooks at 6:08 AM No comments:

Let's Hear it for the Awkward Black Girls 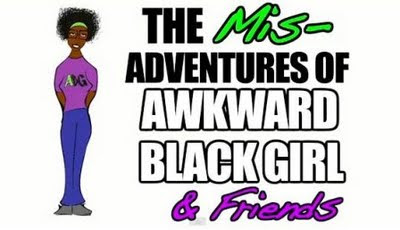 The Misadventures of Awkward Black Girl -- ABG for short -- is a web series about a socially handicapped black woman who finds herself in hilarious situations. 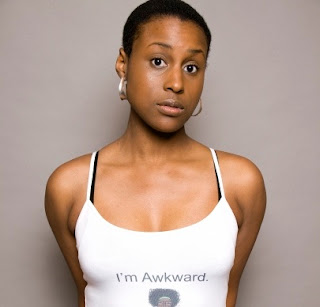 The star and creator, Issa Rae (pictured above), sets her series in various Los Angeles locales, and in the main character's office.

This web series reminds me of another awkward black girl, Monie on a great animated show Hey Monie! who also was socially handicapped black woman who finds herself in hilarious situations. 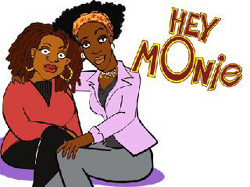 Hey Monie! is an animated American black sitcom produced by Soup2Nuts. Hey Monie! originated as one of 14 animated-short components of X-Chromosone (1999), a series on the Oxygen cable network. Proving popular enough to stand on its own, the cartoon series expanded to 30 minutes and moved to Black Entertainment Television and, afterward, on the Oxygen Network in 2003.

Its main character, Simone ("Monie"), works at a public relations agency in Chicago. She lives in an apartment building with her best friend Yvette. The show chronicles her life living as a single career woman in the big city.

The series' voice talent included the Frangela duo (pictured below); Angela V. Shelton as Monie and Frances Callier as Yvette, Melissa Bardin Galsky and Brendon Small.﻿- Some info from Wikipedia

You can find a couple episodes of Hey Monie! on YouTube, but they are of low quality.(* See 2016 update below) It really is a funny show and Frangela translate their real life chemistry to their animated counterparts.

March 2016 Update
Watch the Oprah episode of Hey Monie! below.

September 2016 Update
The "Awkward Black Girl" is coming to HBO!

WATCH IT October 9th at 10:30PM on HBO and see the trailer below.

Related Post
Taking an Internet Show to TV
Posted by Dankwa Brooks at 6:01 AM 2 comments:

The Film that Started a Career - 5 Deep Breaths

Some of the short film’s accolades: premiered at the 2003 Sundance Film Festival; it was one of 4 American shorts selected to screen at the Cinefondation Competition at the 2003 Cannes Film Festival; It won the Best Narrative Short Film award at the 2003 Los Angeles IFP/West Film Festival. Filmmaker magazine named Mann one of their 25 new faces of independent film in 2003. And the IFP gave Mann the Gordon Parks Awards for Emerging African-American Filmmakers; and there’s a lot more.

Television producer Robert F. Colesberry saw Five Deep Breaths, and introduced the other producers of The Wire to it. The producers approached Mann and asked him to shadow their directors during production of the third season in 2004. And 2 years later, in 2006, Mann joined the directing crew of The Wire’s fourth season, and later went onto helm episodes of Grey’s Anatomy, Cold Case, Entourage, Friday Night Lights, Heroes, and many more shows.

Mann has been working on a feature film script titled Come Sunday, which would be his debut. The script won two development awards (the Emerging Narrative Screenwriting Award and the Gordon Parks Award for Screenwriting) from the IFP in 2004.

Most recently, Seith was hired to adapt and direct the graphic novel MISS: Better Living Through Crime, which, as he told us, is still in the works, with a last draft of the script shipped off to the production company, which will be followed by the search for talent and financing. Spike Lee is executive producing that by the way.- Tambay, Shadow & Act

UPDATE APRIL 2015
The project written about in Shadow & Act above in 2011 MISS: Better Living Through Crime is still being listed a "in development" which as they call in Hollywood "development hell" meaning it will more than likely never get made.

Don't cry for Seith Mann though as he has to date 40 directing credits for numerous television shows including popular shows The Wire, Dexter, Homeland and The Walking Dead. You can check out his extensive credits on IMDb here

Posted by Dankwa Brooks at 7:10 AM No comments: