'The Call-In' with Black Filmmakers [AUDIO]

AFFRM continues to expand on its services/offerings, launching its very first podcast series, which will feature conversations between AFFRM founder (and a filmmaker in her own right) Ava DuVernay, and black filmmakers from the diaspora.
Titled The Call-In, listen to DuVernay interview black filmmakers in what AFFRM describes as "casual, candid conversations focused on the craft," focusing especially on, not only the "why" questions of the filmmaking process, but also the "how."
Expect conversations that will cover almost every key stage of the production process, from writing to editing, going beyond questions of race and identity into the technical and creative process behind each filmmaker's work. —Shadow & Act

As of this publishing I've listened to all six of their podcasts and they're chock full of filmmaking knowledge. Ava asks questions about the filmmaking process that reporters just don't ask. She always gets to the essence of the filmmaking involved.

My favorite part of the podcast is when Ava asks the filmmaker about their physical presence on the set (like behind the monitors or near the actors). Every filmmaker gives a great and unique answer and makes it exciting listening.

You can check them out below.

Additional Links
I have written about AFFRM extensively on this blog since its inception. See all the posts here
Posted by Dankwa Brooks at 2:02 PM No comments: 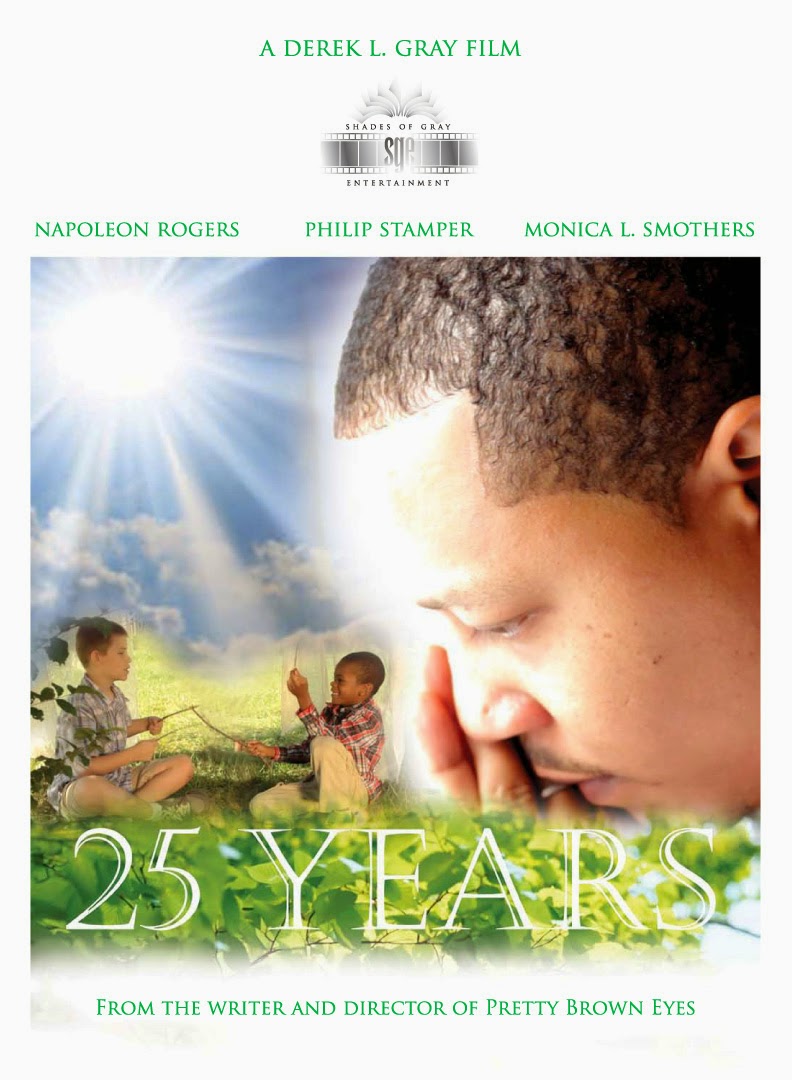 I had the pleasure to be at the Baltimore premiere of 25 Years.

The film, shot in Baltimore and Prince Georges County Maryland, was written and directed by Maryland filmmaker Derek L. Gray


Mark and Drew Anderson weren't born brothers but, for two boys who had lost so much, so young, their parents union meant that they would have the unbreakable bond of brotherhood, love and support through each other for the rest of their lives. Well, at least for 25 Years...

Diagnosed with cancer and losing the battle, Mark struggles to hold everything together as his family begins to fall apart.


The film is a clever blend of two narratives as it tells the story of how these two brothers...became brothers and also shows you what their lives are now.

Of course there's a lot of family drama and almost none of it is because one of the brothers Mark is dying. There’s good performances from the cast Phillip A. Stamp as Drew and Paul R. Sieber as their father Edward, but it’s the main couple Mark and his wife Reid who as you can imagine carry the weight of the picture. Monica Smothers as Reid does a good job at playing the wife who is supporting her husband as she knows he’s dying, but as you can imagine the Lead in the film Napoleon Rogers as Mark gives the most substantial performance. Rogers couldn't be at the Baltimore Premiere because he is now living in Los Angeles pursuing his acting career and I think that’s a good choice. He has the talent and should pursue it.

I really enjoyed this locally produced film and will be looking forward to more from Derek L. Gray.

You can read more about the film at http://www.dereklgray.com/

Posted by Dankwa Brooks at 12:08 PM No comments: