Another Hollywood Story of Trials & Tribulations

Another great article about the business of Hollywood


Every time ABC runs an episode of its hit TV series Lost, Evanston's Jeffrey Lieber gets an onscreen credit and his bank account gets a nice pop. But the twisting tale of his Hollywood triumph has left Lieber feeling a bit ... well, lost.

Lieber's success should lend itself to a heartwarming tale about a local kid who defied odds and made it big in show business. But the story is not that simple. In the Chutes & Ladders world that is Hollywood, Lieber finds his biggest triumph discomfiting. The network fired him after he wrote Lost's original series pilot. He doesn't know the crew or cast. He has never visited the writers' offices for the show and never set foot on the set in Hawaii, where much of the series is shot. Lieber won his credit only after a fight for recognition with ABC.

Nobody needs to feel sorry for Jeffrey Lieber: because of that successful arbitration, Lost has served him quite well financially. But he finds that a hollow victory. "It's money for therapy," he says, with a laugh. 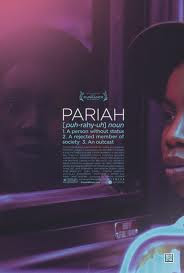 Summary: The story of Alike (Adepero Oduye), a 17-year old African–American teenager embracing her identity as a lesbian.

Through the exceptional performance of Adepero Oduye you feel the lead character Alike’s (pronounced A-leak-kay) vulnerability and reticence about her life and sexual identity.  While there are very slight deviations, this story is All About Alike. The story adeptly leads you into her world and her interactions with her family. The story doesn’t downplay anything and it doesn’t get into histrionics either. You can feel Alike’s uneasy relationship with her mother and her easy going relationship with her father and sister. The family knows about Alike even if they can’t admit it to themselves or each other.

The performances in the film are for the most part GREAT. Alike’s family members do a great job from her mother Audrey (Kim Wayans) to her father Arthur (Charles Parnell) her little sister Sharonda (Sahra Mellesse). Also turning in great performances are her best friend Laura (Pernell Walker) and her new friend Bina (Aasha Davis). No surprise, I’ve seen a lot of films and these are simply the BEST performances I’ve seen from ANY film in 2011.

Pariah was a wonderful film with wonderful writing and direction by Dee Rees. I think the ONLY thing keeping it from getting more widespread awards recognition is its scaled down production budget. The ONLY thing.

I tweeted the star of the film as soon as it was over and I meant every word. You can see the tweet below.

Additional Info
You can read more about the writer/director of Pariah Dee Rees at the articles below
Times
‘Pariah’ director Dee Rees' odd path: bunion pads to Spike Lee
January 5, 2012
Read it here

Lastly this is the tweet I tweeted to the production company behind Pariah, Northstar Pictures that was retweeeted by them and their distributor Focus Features

Special SHOUT OUT to Focus Features for getting this film IN THEATERS in my town (Baltimore). I read about a lot of great films that I never get to see until they are released on DVD and I’m SO GLAD I had a chance to see this one before then.

APRIL 10, 2012
Focus Features Tweeted that Pariah is now on iTunes!

APRIL 2020
On our sista blog Cool Black Media a profile of her career to this point.

If you’re an actor you should take a listen to this podcast from our friends at Cinema In Noir!

Regina kicked mad acting knowledge as someone YOU KNOW has been in the industry for a minute You can listen to it below:


Check out ALL their podcasts right here

Posted by Dankwa Brooks at 1:16 PM No comments: