Look out for the new film 'Mooz-lum' 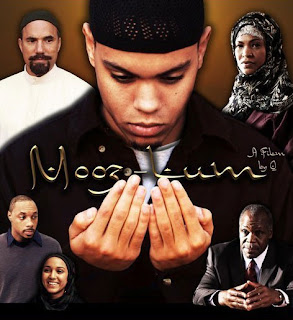 Looks like it could be a good movie dealing with the African American muslim movement.

An interview with the director Qasim Basir.

Vote to bring this to your town or your college at

at the link here

It’s always good news when a good and worthy black film does well at the box office. So it was great news when it was announced earlier today, that Qasim Basir’s film Mooz-lum did better than expected at the box office this past weekend.

Opening in limited release in ten cities, on 11 AMC Theater screens, the film earned an excellent $12,712 per screen, making it one of the highest per screen averages in the country. That’s better than this weekend’s top two films, Just Go With It, and Justin Bieber: Never Say Never, which averaged $8,601 and $9,505 per screen respectfully.

Not surprisingly, the film will open in five more AMC theaters in Columbus Ohio, Elizabeth NJ, Minneapolis, Phoenix and Seattle, and adding another screen in Atlanta.

According to AMC: “the rate at which movie-goers packed the theaters to see Mooz-lum proved the film’s viral marketing approach – drawing heavily on Eventful Demand it!, Facebook and Twitter along with word-of-mouth promotion and targeted public relations – is working.”

Hey can you think of any better news?﻿
Posted by Dankwa Brooks at 11:40 AM No comments: