Check out some of our favorite television spots better known as commercials.

Posted by Dankwa Brooks at 8:26 PM No comments:

This is a quick blog about a black superhero I have an affinity for.

Back in the Brooklyn in the 70’s (yeah I’m that old) there weren’t any black cartoon characters really and DEFINITELY black superheroes. SchoolHouse Rock! was also in heavy rotation during Saturday morning cartoons (remember them?) and it was always great see this cat who looked like me and with such a catchy tune to boot. 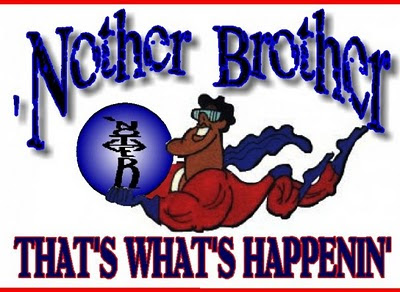 Well here he is. I’ll probably add more info later, but he is the best superhero from my childhood and to quote the most incredible Bill Cosby “if you’re not careful you might just learn something”. 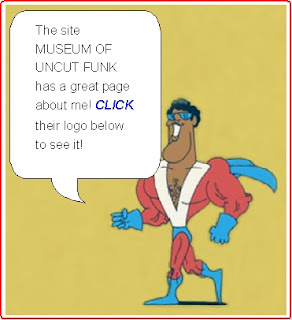 Posted by Dankwa Brooks at 10:59 PM No comments:

I’ve been involved with the MFF (Maryland Film Festival) for 5 years so far. Three years of those years I was also a volunteer (that’s me as “Line Captain” to the left at the festival). I try to see all of the black films I’m interested in. Not every film I see is great and here is a list of them:


Ok there is no list. I will never do that to another filmmaker for I know what hard work it is to put together a film and no matter how crappy it is, I have to give them props for finishing the film.

I do come across some very good/excellent films and this year was a banner year. I want everyone to look out for these two films:

First I want to talk about the wonderful Night Catches Us

Here is their trailer-﻿﻿


In 1976, after years of mysterious absence, Marcus (Anthony Mackie, “The Hurt Locker”) returns to the Philadelphia neighborhood where he came of age in the midst of the Black Power movement. While his arrival raises suspicion among his family and former neighbors, he finds acceptance from his old friend Patricia (Kerry Washington, “Ray,” “Lift”) and her daughter. However, Marcus quickly finds himself at odds with the organization he once embraced, whose members suspect he orchestrated the slaying of their former comrade-in-arms. In a startling sequence of events, Marcus must protect a secret that could shatter everyone's beliefs as he rediscovers his forbidden passion for Patricia.-Night Catches Us, official website

The film directed by Tanya Hamilton, distributed by Magnolia Pictures is available NOW on iTunes and OnDemand is scheduled to hit theaters December 3, 2010. I encourage you to check it out on any of those platforms.

About the stars:
I’ve been a fan of Anthony Mackie since I saw him play the lead in She Hate Me (2004). While the film wasn’t that great his performance was great and I could see he was a great talent. He has since starred in a ton of films like Notorious (2009) where he played Tupac Shakur and the Best Picture Oscar winners Million Dollar Baby (2004) and The Hurt Locker (2009). I think he is one of the next big black stars in Hollywood.

Another next big black star is the fantastic Kerry Washington. Kerry Washington also starred in a ton films including Ray (2004), The Last King of Scotland (2006), and the recent For Colored Girls. I’ve seen her in a lot of different films and Kerry is one of the BEST African American female actors in Hollywood.

Based on what I described above is why I went to see this film. I really liked it and I think the director Tanya Hamilton did a fantastic job WITHOUT monitors or storyboards. (Filmmakers will know what I’m talking about.)

As usual for the Maryland Film Festival, after the film, there was a Q & A with someone/people from the film to talk about the film. At this Q & A was the director Tanya Hamilton and one of the co-stars Wendell Pierce. Pierce also starred in a ton of films, but is most famous for playing “Bunk” on The Wire. You can see my cell phone pic below. I know you can’t really tell, but it’s them. LOL.

2013 UPDATE
New better photo from that night. LOL
I found out Ms. Hamilton was a director much like myself, a person of few words in front of crowds. Wendell Pierce stepped in like the acTOR he is and “emceed” the Q & A. During this Q & A is where I found out that Ms. Hamilton directed this film without monitors and storyboards. (Again filmmakers will know what I’m talking about.)

After the Q & A I got a chance to meet Ms. Hamilton and Mr. Pierce. They both were very cool and Wendell Pierce was really cool. Of course I told him I was a filmmaker and he remarked “Maybe we’ll get a chance to work together”. Your lips to God’s ears bro.

Last, but definitely not least, I want to talk about the excellent Freedom Riders
Here is their trailer-

FREEDOM RIDERS is the powerful harrowing and ultimately inspirational story of six months in 1961 that changed America forever. From May until November 1961, more than 400 black and white Americans risked their lives—and many endured savage beatings and imprisonment—for simply traveling together on buses and trains as they journeyed through the Deep South. Deliberately violating Jim Crow laws, the Freedom Riders met with bitter racism and mob violence along the way, sorely testing their belief in nonviolent activism.

From award-winning filmmaker Stanley Nelson (Wounded Knee, Jonestown: The Life and Death of Peoples Temple, The Murder of Emmett Till) FREEDOM RIDERS features testimony from a fascinating cast of central characters: the Riders themselves, state and federal government officials, and journalists who witnessed the Rides firsthand.-Freedom Riders, official website

Of the movies I see at the MFF, most of them are African American (narrative) films and documentaries. These films always range from bad, good, very good and excellent. Most of the documentaries I see are good, but toooo looong. They start off good, end off good, but lose something in the middle. If they shaved 45 minutes out of the middle they would be great. Freedom Riders avoids all of those pitfalls.


The official website’s description “powerful harrowing and ultimately inspirational story” is absolutely right. I was interested, but did not know what a powerful experience this would be. I’ve heard and seen footage all my life about the civil rights movement, yet this was a story I never heard of before. The absolute CRAP the “riders” had to go through was shocking, yet then it wasn’t. I’m never surprised at the depths of depravity that racism would stoop to. What shocked me was my visceral reaction to the amazing real footage and interviews with most of the Riders.

Excellent work by the filmmaker Stanley Nelson and makes me want to check out his other work. I urge EVERYONE to check out this film!

Freedom Riders, a production of American Experience, Premieres on PBS May 16, 2011.

Check out their PBS webpage-
http://www.pbs.org/wgbh/americanexperience/freedomriders/

Check out their Wikipedia page-
http://en.wikipedia.org/wiki/Freedom_Rides

Posted by Dankwa Brooks at 8:52 AM No comments: